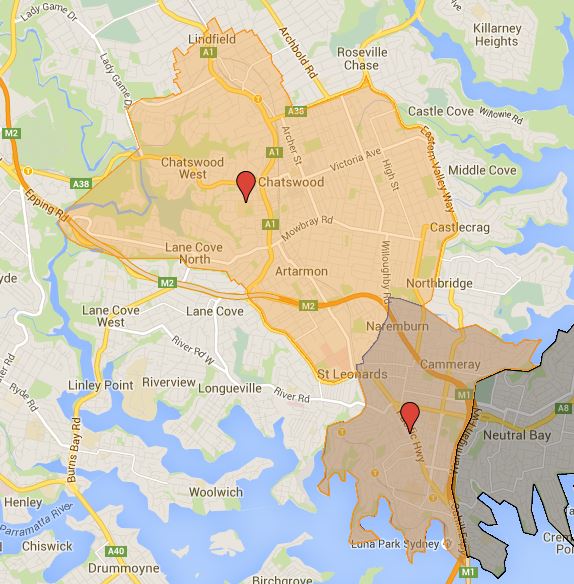 Did some more work today on the high school catchment and finished the Chatswood High School catchment map. What need to be noted is that the southern third of the current catchment has been sliced off and being passed off to the new Cammeraygal High School in stages. This start from Year 7 to 2015 and year 7 to 8 in 2016, then so on until the until southern section of the catchment gets handed off to the Cammeraygal High School. So depend on which year you are in your catchment may vary some until this transfer process is done completely.

A new high school based on old UTS Kuring-gai campus were scheduled to be opened in 2017, but this is now delayed until 2019 at earliest. When this opens expect large parts of northern section of Chatswood High School catchment to be handed off as well to the new high school. Two of this should help significantly the extreme crowding Chatswood High School currently being put under.

The most common name used by NSW Department of Education is called “catchment” which refer to that students resides in particular area are guaranteed position in specific schools. When discussed from prospective of a particular school is often referred as one of the following term.

As usual contact the school in question or Department of Education for the final confirmation and you can also access the full High School Catchment Map by following this link.