I just read the news that new public schools in west Lindfield on the old UTS Kuring-gai site is not expected to open until at least 2019, this is changed from original schedule of 2017, original article Overcrowded Sydney schools will wait longer for new space on SMH. The news has major implication for the North Shore area, this is the first major new school opening in a long time and urgently required to relief the strain a lot of public school in the area went through in the last few years. Some schools went through 40 to 50 percent increase in the number of students enrolled in just handful of years, Chatswood public school is probably one of the worst hit and with huge influx of new apartments being completed in next year or two in the area, this is going to get worse. Surrounding public schools all have similar issue and have very limited spare capacity to absorb the new influx.

Now is a bit of fun exercise on what potentially the school catchment of new Lindfield West Public School can look like in 2019 when it opens. 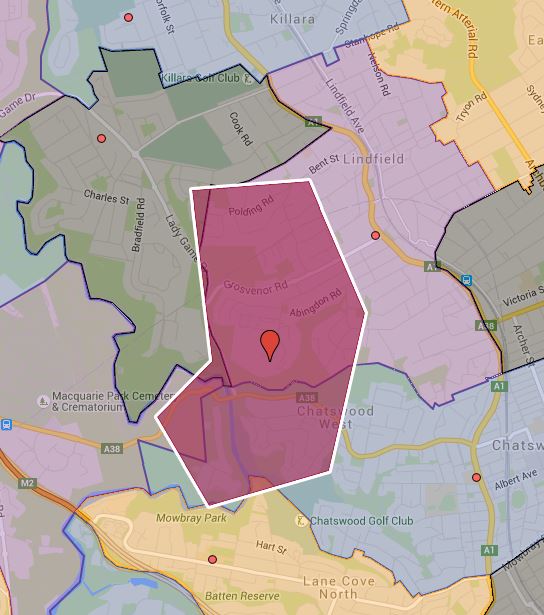 So after 2019, I can see large part of Chatswood and Lindfield Public School’s catchment going to the new school. As a consequence, it is likely that surrounding schools will see changes to their catchment as well, such as Roseville and Killara Public School etc. Overall this is going to be interesting time and I cannot wait to see new investment in the public education to bear fruit and the opening of the new schools.