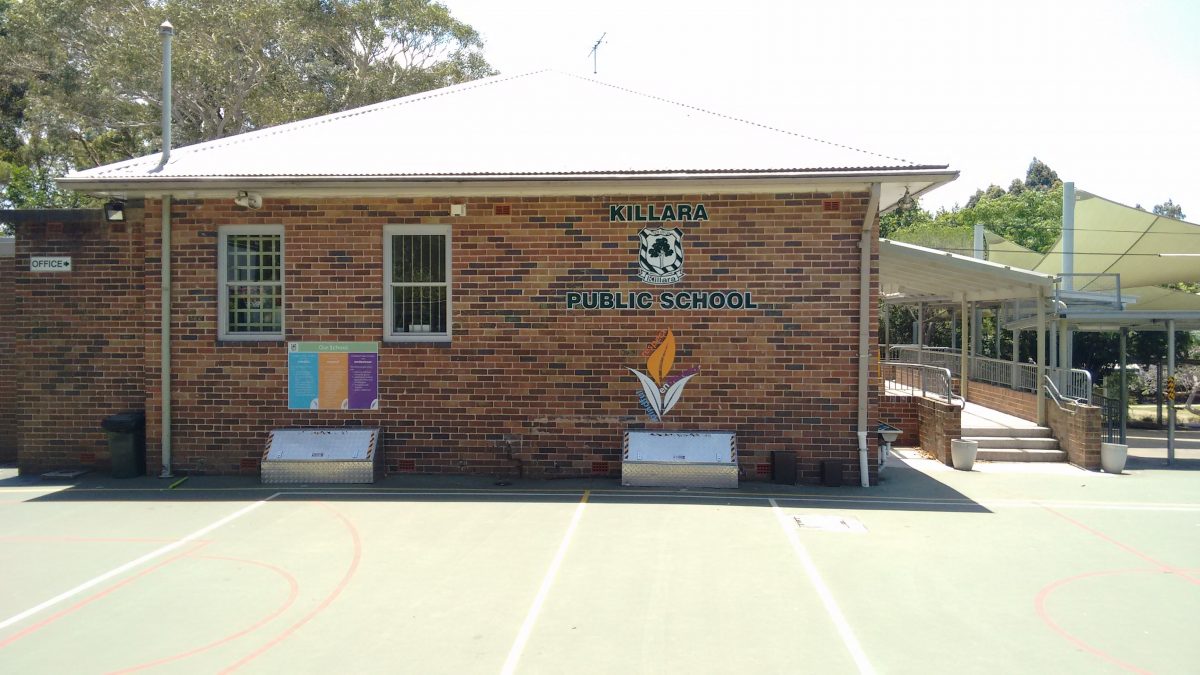 I was actually at the Killara Public School in late 2016 but never had a chance to write it up until now. Killara Public School located in the leafy upper north shore suburb of Killara in Sydney. The school is located at Ridgeland Ave roughly about 20 minutes on foot west of the Killara Station. One thing to note is that west of Pacific Highway, it is a fairly steep downslope. So if you walking towards the direction of Killara station after school finishes, it can be a fairly long trek.

Killara Public School is fairly small by Sydney standard even after it experienced 116 per cent growth in enrolment from 2008 to 2018. In 2011 the school has 219 students. However, by 2018 the enrolment number is 428. This growth is particularly strong when compared to neighbouring schools. In 2018 it also has a full-time equivalent teaching staff of 22.5.

Academically the Killara Public School also performs very well both Sydney or nationwide. The school consistently ranked inside the top 100 in NSW when compare to both government and none government schools.

The school also is fully of demountable classrooms, this is the consequence of the rapid expansion of the last decade. I visited the school in 2016 and last year eight permanent classroom was added to the school, so there are some welcoming changes recently not included in the photos below.

As you can in the below photo the school is very leafy and the playground is well shaded with large gum trees.

The semi permanent classrooms in the school.

Very nice and large open green space with the backdrops of the demountable classrooms which is everywhere in the school.

View of the open space and again you can easily notice the surrounding large and mature trees.

If you have any further questions please feel free to contact me at the About Us page or leave a comment.