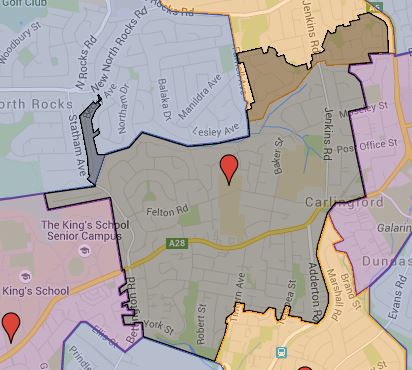 Major updates to Carlingford West Public School Catchment, I have redrawn the border of this public school with the latest data from March 2015. There is significant overlap with the surrounding public schools, some could be zones that covered for both school and some maybe due to the surrounding schools have not updated their catchment information yet. This easily qualified as one of the more difficult map to create due to the extreme irregular and random way the particular catchment is. I suspect Murray Farm Public School’s catchment actually shrunk this year with the Carlingford West Public School’s catchment shrunk in the south but expanded in the north towards the Murray Farm Public School. 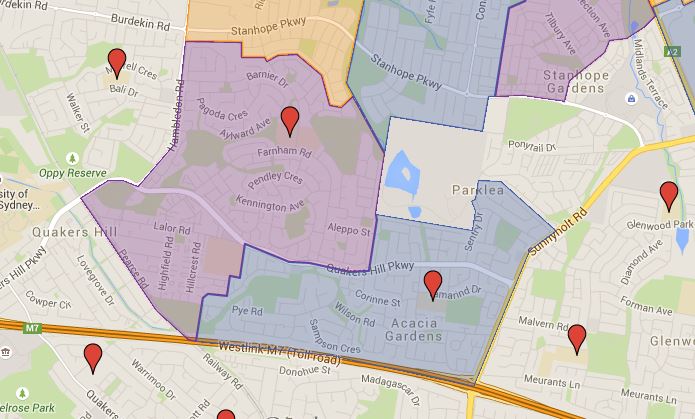 Two additional public school added and they are as following